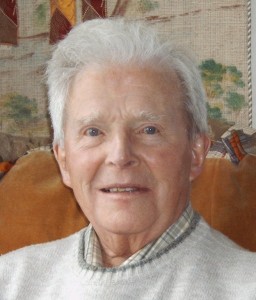 Fred Flack (11 July 1907 -19 Nov. 2012) served the Lord in England, India, the Philippines and several other countries. He impressed many by his kind and gentle manners, clearly showing he was a true son of the Lord. His ambition was to serve God to the end of his life, and so he did. He never shunned hard work and always sought ways to preach Christ. He passed away at the age of 105 in a nursing home in Southampton. Many came to Sidmouth, Devon, where his body was laid to rest and his memorial service was held. Even at the advanced age of nearly 100 he still travelled around England to share in meetings.

He wrote several books for Bible study. In 1943 he published, ‘According to the pattern’. This book deals with many aspects of the tabernacle. It was reprinted in 1962, under the title, ‘The tent of His splendour’.
‘Bringing many sons to glory’, a Bible study on Hebrews, was published in 1944. It was reprinted in 2002 under a new title, ‘The purpose of the ages’.
‘Hereby we know’, is a Bible study on the first epistle of John.
In 2003 he dictated his personal testimony, which was published in The Netherlands in 2004, under the title ‘The wonder of His ways’.