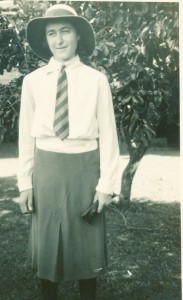 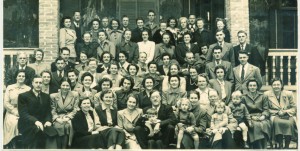 The 49’ers in Chungking. 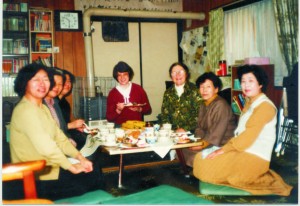 Sitting on the tatami at a low table. Helen Little taught cooking and I (Ruth) gave Bible lessons. 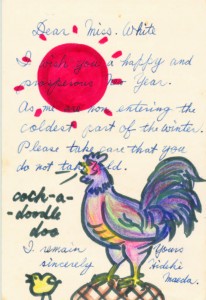 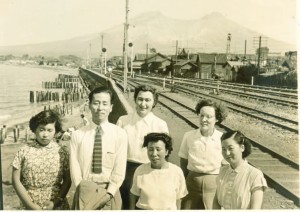 Miss Lily Homma standing in front of me (Ruth); Miss Kimie Wakamatsu in front of Mary Weller (UK); Mount Koma-Ga-Take in the background, 1954. 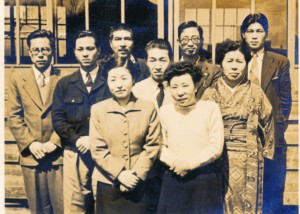 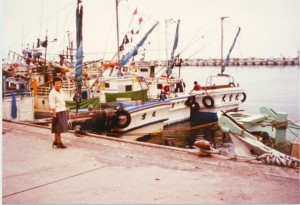 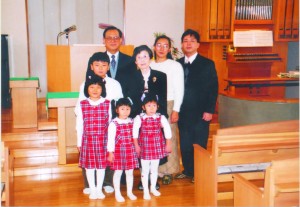 Rev. & Mrs. Yoshio Shinada with family. Inside the new church building in Hakodate, 2004. 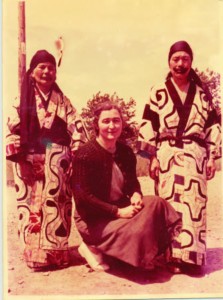 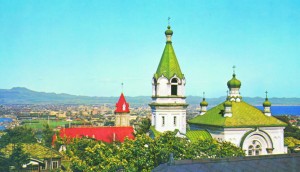 View of the city of Hakodate.

On the right the policeman who became our ‘Angel’. 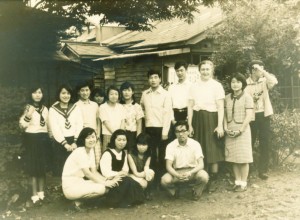 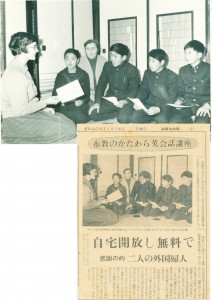 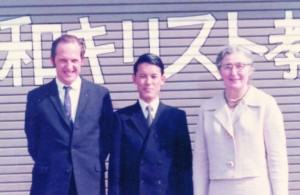 Dr. Michael Griffiths came for the induction of Mr. Yahiro, who took over responsibility of the church in Hakodate from me (Ruth), 1972. 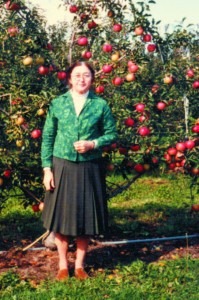 Ruth in an apple orchard at Kuroishi.

I (Ruth) sang, “My Jesus I love Thee,” at my farewell service at Kuroishi. Matt. 5:3 written on the wall. 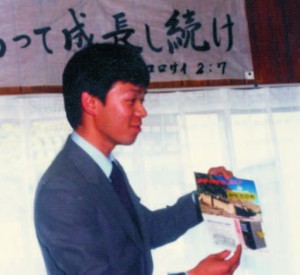 Mr. Oda promoting some literature on my (Ruth’s) last day at Kuroishi. 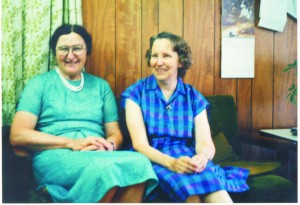 Ruth with Daphne Kelly (on the right), in Kuroishi.

The 25th Anniversary of the Hakodate Church, 1983.

October 1999: Four 49’ers celebrating the 50th Anniversary of their leaving for China, with Mr. David Pickard, general director of OMF.