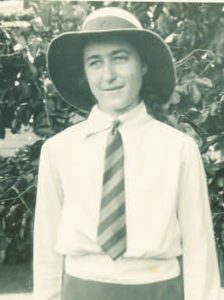 Ruth White was born into a good Christian family, in Redland Bay, Australia. At the age of sixteen she became a Christian, was baptized and became an enthusiastic student of the Bible. She was a school teacher by profession, but the Lord called her to other fields of work. Although at first she tried to ignore the Lord’s call for missionary work, she yielded to Him and left her home for China, in 1949. After a long and full life as a missionary she wrote her testimony ‘Called to be a fisher of men’ about her stay in China and her ministry in Japan. This testimony was published in 2006. Her home-call came on 15th April 2017.

Called to be a fisher of men